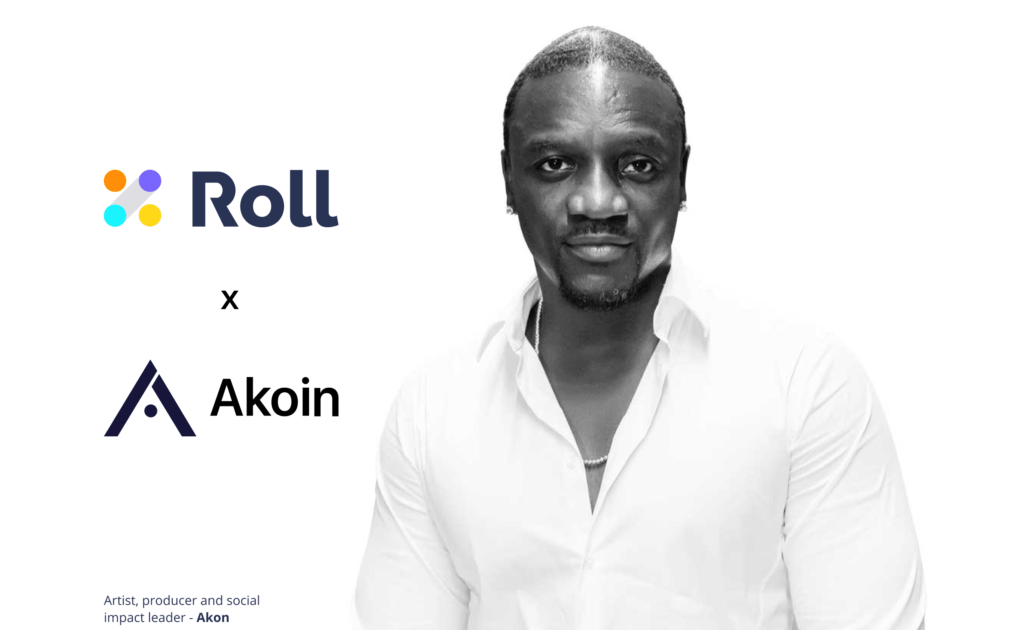 Akoin, founded by popular music artist Akon, the cryptocurrency and decentralised app ecosystem, has partnered with Roll, a blockchain platform that allows creators to create their own branded digital currency (called social money) special to their online presence.

As per a release shared with CryptoSlate, the product will initially be available to consumers in Asia and the US and later be extended to the African market in 2021.

It will use the strong network of links from Akoin to help creators launch their own social money from which their communities can be nurtured, created and developed.

“We couldn’t be more excited about working with Roll, the industry pioneer in taking social capital to the innovative world of creators all over the world. This is a game changer in terms of developer empowerment and community building and activation through the power of blockchain and social money.”

What is “social” money?

The so-called “social capital” was minted by Creators on Roll to own, monitor, and organise the value they generate around the web. This enables developers to grow their community’s dollar value and give it back to their biggest supporters.

The brand will be used by Akoin and Akon to help transform the idea of social money into a global phenomenon. The release announced that global musicians, designers, and thought leaders would also be able to access the Akoin-endorsed Roll channel of Akon itself.

Roll works with more than 260 creators at press time and has generated over a quarter of a billion dollars of market value using social capital. In that respect, Sid Kalla, Roll’s CTO, said:

“It’s important to reach beyond the immediate crypto-native audience and start thinking deeply about how everyday people will really use and embrace Ethereum and other blockchain technology.”

Social money on Roll has created seven, eight, and nine-figure markets for digital communities, giving users a stake in the success of the communities they helped to build.

Akon ‘s experience of using his position as an artist to build the Akoin brand is a powerful illustration of how creators can develop and grow their own social money, showing the power to give value to assets using blockchain technology, the release noted.

It added that the expert team of Akon would be able to help new creators who sign up with Roll, enabling them to take advantage of their guidance and expertise in developing their own types of social cash.

As per the roadmap, the team’s foray through 2021 will see the partnership extend to empower African artists and creators and enable them to use Roll in their diverse communities to develop and maintain entrepreneurship.

In order to help grow and launch more UN-backed Akoin-Effect Opportunity Hubs, each developer who joins the Akoin-endorsed Roll channel will be able to assign a percentage of their newly-minted social capital.

These are specialist centers based in Kenya, Senegal, and Ghana where people can gain access to AI/blockchain-based online work, with the first center, in Kenya, expected to open later this year.

How much is AKOIN worth?

How to Buy Akoin on Bittrex Global 2021
Scroll to top