El Salvador invests more than $25 million in the Bitcoin drop

El Salvador invests more than $25 million in the Bitcoin dip

The country added 420 more Bitcoin to the state cryptocurrency portfolio, bringing the national total to more than 1,000 BTC. 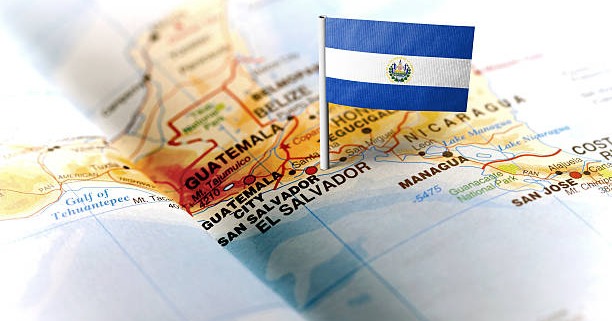 El Salvador’s flag is pinned to the map. The orientation is horizontal. Macro photography

El Salvador’s president, Nayib Bukele, announced that his country has purchased an additional 420 Bitcoin (BTC) during the current downturn.

The more than $25 million investment brings the total number of coins in the national reserve to 1,120 BTC.

El Salvador announced in a tweet that it had invested in the ongoing BTC drop, despite widespread criticism within the country about the use of BTC on a national scale. 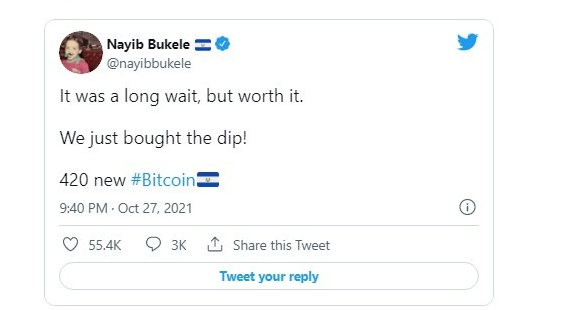 It was a long wait, but worth it.

We just bought the dip!

It appears that the purchase was made at the optimal time, in the depths of the slump. Bukele later tweeted, “We’re already making a profit on the [BTC] we just purchased.”

BTC’s fortunes have shifted since reaching an all-time high of $67,000. Price has fallen below the psychologically significant floor of $60,000, reaching as low as $58,000 overnight. However, the market appears to be bullish, confirming El Salvador’s decision to invest on the dip.

El Salvador made headlines earlier this year when it became the first country to accept Bitcoin as a national currency. Adoption, however, has not been universally welcomed, with many protesters concerned about inflationary risk and instability.

CRYPTOCURRENCY SCAMS: HOW TO AVOID AND PROTECT YOURSELF

Squid Game Cryptocurrency increases by 2,400% in the last 24 hours.
Scroll to top