Squid Game Cryptocurrency increases by 2,400% in the last 24 hours.

The Squid game will be available in November, with players only able to enter each round by paying increasing quantities of the cryptocurrency. 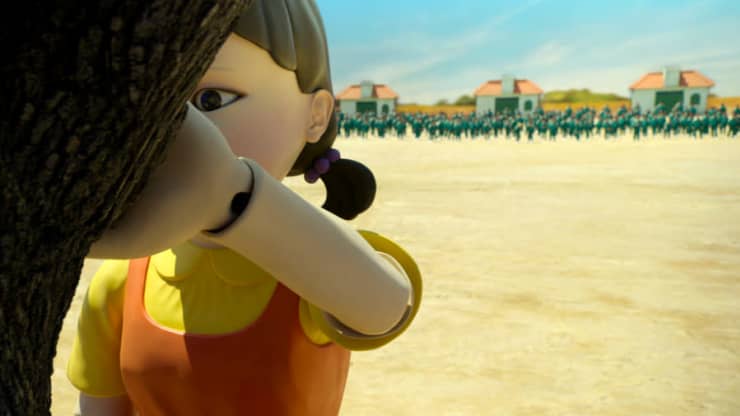 There is now a Squid Game cryptocurrency, which is somewhat unsurprising given the number of crypto coins based on the Shiba Inu.

The coin was designed in order for users to be able to play an online version of the popular Netflix show.

The game will be live in November, and players will only be able to enter each round by paying increasing sums of cryptocurrency.

The tokens, however, have not been allowed to be sold on the decentralized exchange PancakeSwap.

What exactly is Squid [the Squid Game Cryptocurrency]?

Squid is a play-to-earn crypto token, which means that people buy tokens that allow them to participate in online games. You gain extra tokens if you win the games.

This coin is themed after the dystopian Netflix series that has recently taken the world by storm and become the streaming service’s most popular original show.

Tokens earned through play-to-earn can be exchanged for other cryptocurrencies or fiat money. However, some users have encountered difficulties in cashing in their Squid.

The business behind the currency claims to be utilizing “innovative” anti-dumping technology to prohibit users from selling their coins if not enough are purchased.

How will the game function?

The game will be an online version of the Squid Game, in which contestants competed in six children’s games for a chance to win a life-changing sum of money. What’s the catch? They were murdered if they lost.

Fortunately, there will be no deaths in this online game — the most you can lose is your initial investment.

In a similar vein to the show, the white paper for the coin states that the more individuals who buy tokens and participate in the game, the higher the final prize for the victors will be.

Developers will receive 10% of the winnings, with the remaining 90% divided among the winners.

To play the first game, “Red Light, Green Light,” you’ll need 456 Squid, which is the same as the number of players on the TV show.

Should I put money into Squid?

People invest at their own risk, and British financial authorities do not oversee cryptocurrencies.

All cryptocurrency investments are risky, but meme currencies and those based on pop cultures, such as Shiba Inu Coin and Squid, are especially volatile, and you should expect to lose everything you invest.

“Consumers should be prepared to lose all of their money if they invest in these types of products.”

Hargreaves Lansdown’s Susannah Streeter, the senior investing and markets analyst, recently discussed the risks to i.

“On top of being incredibly volatile, most cryptocurrencies are unregulated, which not only adds another degree of uncertainty but also means investors have little or no protection against fraud,” she explained.

El Salvador invests more than $25 million in the Bitcoin drop

Bitcoin (BTC) mining is booming as miners flock to the United States as well...
Scroll to top