10 REASONS TO PURCHASE DOGECOIN INSTEAD OF SHIBA INU IN 2022

In the last few years, investing has evolved into a distinct beast. Meme coins, cryptos, and NFTs have sparked interest in the crypto industry, while also generating billionaires in a matter of months. Of course, there have been casualties, but that hasn’t stopped others from dabbling in the crypto world. Shiba Inu and Dogecoin are two additional prominent cryptos right now, in addition to bitcoin. For the past few months, these two coins have been making headlines virtually every day. It’s as though DOGE and SHIB are engaged in a crypto dogfight that has engulfed the crypto sphere. SHIB and DOGE are based on quite diverse technology, yet none is particularly unique or remarkable. Having said that, the Dogecoin vs. Shiba Inu battle has made people recognize that DOGE will be a more profitable investment than SHIB in the long run. 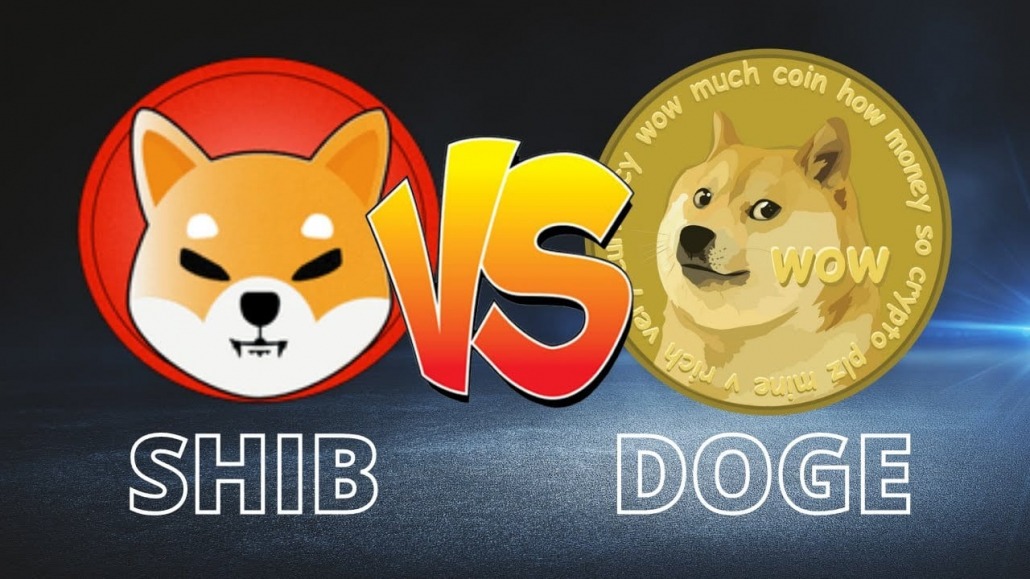 Let’s look at ten reasons why they might be correct, and why DOGE will continue to be the best meme coin.

DOGE is ideal for crypto newbies: Dogecoin’s extreme volatility over the last year may have scared some investors away, but investing in something that may explode or plummet in a matter of minutes necessitates a strong mindset. DOGE is a fantastic investment for novices since it allows them to see what crypto investing is all about by holding it for a long time. Volatility and gains are unavoidable, but investors must be prepared to ride through the storms.

The fundamentals of SHIB do not support its rapid growth: Although Shiba Inu has recently achieved record-breaking returns, these are due to the crypto’s excitement rather than its integrated fundamentals. SHIB’s price hike is primarily due to its big fan base. The greater the number of people who invest, the greater the risk. Eventually, those investors will sell their tokens to cash out their profits, causing the cryptocurrency’s price to plummet.

In this volatile market, SHIB is for short-term investment: Shiba Inu and other short-term investments have the ability to produce a lot of money in a short period of time, but if they crash, they usually crash hard. SHIB is a promising new cryptocurrency, but it could be risky. Buying healthy investments and holding them for the long term is a much safer option.

DOGE is currently becoming quicker: Dogecoin has a wonderful feature called the Scrypt algorithm, which differs drastically from Bitcoin’s SHA256 algorithm and allows for far faster block production, making it significantly faster than BTC. SHIB, on the other hand, is an ERC-2 token that uses Ethereum’s proof-of-work method. It is conceptually comparable to DOGE, but in fact, it reflects the parent network’s operational timings.

Elon Musk does not own SHIB, but he is a major enthusiast and backer of DOGE. He even went so far as to call himself the “Dogefather.” Musk has recently stated why he believes in cryptocurrency, claiming that everyday folks at Tesla and SpaceX inspired him to create the actual people’s coin.

Dogecoin, on the other hand, is a more trustworthy store of value: Dogecoin was developed in 2017 as a fork of Litecoin, which is, in turn, a fork of Bitcoin. The mechanism behind Dogecoin is based on its planned use as a highly accessible P2P mode of exchange, with the goal of preventing long-term holding from depleting circulation and lowering transaction fees. When it comes to the token’s supply system, the Shiba Inu developers have taken a considerably less complicated approach.

DOGE has a unique market positioning due to its mining model, inflationary status, and linkages to Litecoin. Experts also believe that Dogecoin will switch to a proof-of-stake validation methodology, in which coin holders validate transactions, due to concerns about the environmental impact of crypto mining.

The influence of social media on Shiba Inu: A large number of social media boards have discovered that social media sites such as Twitter and Reddit contain several posts supporting a token pump. Though it’s unlikely that long-term investors will believe such messages, the sheer quantity of posts containing the terms “SHIB” or “Shiba Inu” and “pump” has raised a few eyebrows.

DOGE is becoming more mainstream: Dogecoin’s value is derived from its widespread acceptance as a medium of exchange, just like any other money. While a number of small businesses are now accepting Dogecoin as a means of payment, the impact on the economy remains negligible.

What Is a Reverse Initial Coin Offering (ICO)?

How to Buy Diemlibre
Scroll to top