What is Ethereum? (ETH)

What is Ethereum – an Introduction to ETH 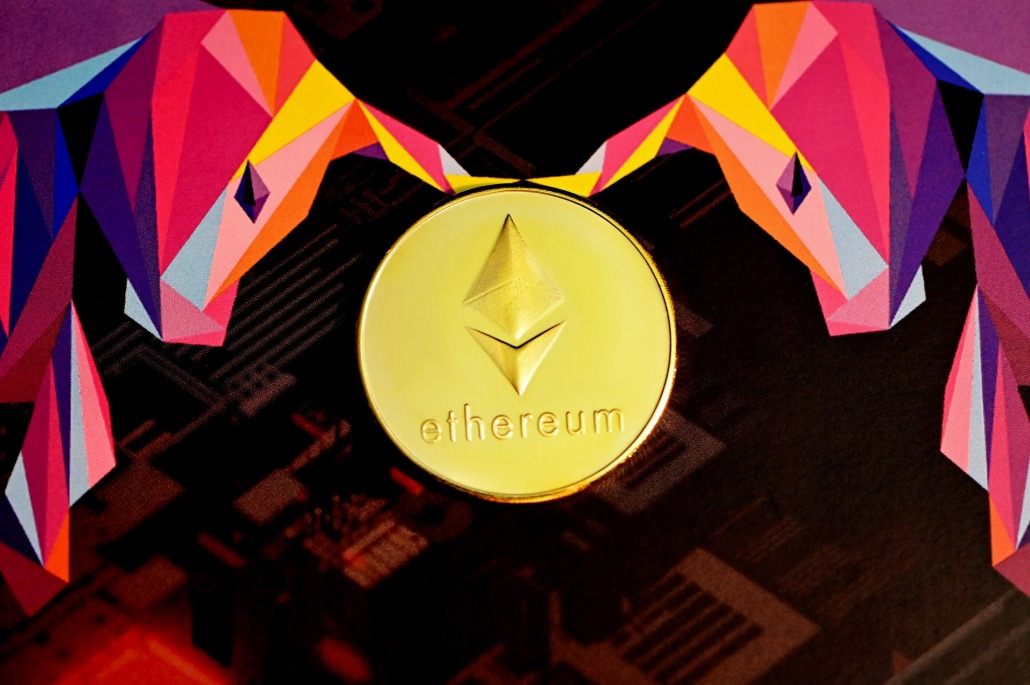 Ethereum (ETH), one of the most ambitious blockchain projects, aims to use cryptocurrency to decentralize products and services in a wide range of use cases other than money.

If Bitcoin aims to be a digital gold standard, Ethereum has chosen a different approach, generalizing so that its users can develop an unlimited number of unique assets and programs that control their functioning.

This has resulted in (possibly erroneous) comparisons of Bitcoin to email (a very strong, specialized tool), whereas Ethereum has more in common with a web browser (its goal is to enable programs users can interact with and create).

This analogy effectively communicates Ethereum’s scope, as its team would develop its own virtual machine and scripting language (required to run its programs), raise funds through the sale of its own new money (ether), and bring the concept of “state” to cryptocurrency.

Simply put, Ethereum tracks both changes (transactions recorded on the blockchain) and potential changes yet to occur (state), a distinction that is crucial to its mission.

These multi-step computing functions are referred to as “smart contracts” on Ethereum. Decentralized applications are larger structures made up of several smart contracts (dApps).

While such programs are crude today, others believe they could one day be used to construct software that mimics the behavior of some of the world’s major online corporations.

Amazon, for example, can be viewed as a type of state service that connects purchasers to a huge, constantly updated inventory housed on databases via a simple web interface. In this situation, a for-profit corporation serves as a middleman and technology steward.

In this sense, Ethereum may be considered as an early attempt to employ cryptocurrencies to construct competitive marketplaces controlling various elements of these now-monopolistic industries.

As of 2020, Ethereum’s engineers are in the early phases of implementing this concept, preparing an update of its fundamental code known as “Ethereum 2.0” that will usher in new innovations.

Buterin claims that he was inspired to establish Ethereum after discovering that it would be possible to use Bitcoin’s design more extensively to alleviate the “horrors” of centralized web services.

He mentioned slights endured when playing the popular online game World of Warcraft as an example because developers at the time could make arbitrary changes against user desires.

Later on, Buterin would obtain a Thiel Fellowship to pursue Ethereum full-time, and he began work on establishing a non-profit to aid in the project’s debut. In early 2014, the Ethereum Foundation sold 72 million ETH in an online crowd sale, raising approximately $18 million for the project.

Ethereum would go on to gain a fervent community of users, many of whom are still driving its growth today.

Other notable members of the community include:

Vlad Zamfir is a cryptographer who specializes in protocol building and game theory.

Gavin Wood is the author of the Ethereum yellow paper, which details the virtual machine.

A more comprehensive list of Ethereum’s founders and collaborators can be found on its Wikipedia page. 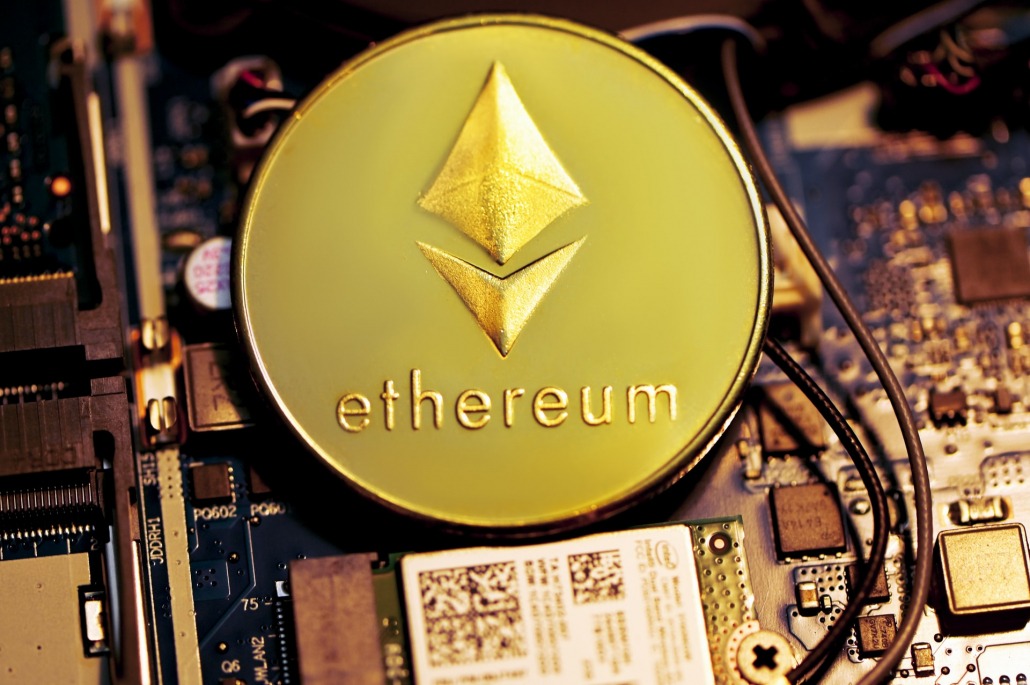 What is the Ethereum protocol?

So, while Ethereum has made significant progress since its initial public offering in 2015, it’s crucial to remember that not all of its intended features have been realized.

Today, Ethereum’s blockchain is powered by proof-of-work mining (in which computers waste energy to solve puzzles required to build blocks). (Miners batch transactions into new blocks every 12 seconds or so.)

Developers create programs (smart contracts) in the project’s programming languages, Solidity or Vyper, and then publish this code on the Ethereum blockchain.

All nodes (computers running the software) keep a copy of the Ethereum Virtual Machine (EVM), a compiler that translates smart contracts authored in Solidity and Vyper and implements their changes in blockchain transactions.

In 2016, a number of Ethereum users voted down a proposed code update, opting instead to run older code. As a result, Ethereum Classic, a new cryptocurrency, was founded.

With the move to Ethereum 2.0, Ethereum intends to change its basic operating system, moving to a proof-of-stake basis (PoS).

A proof-of-stake approach would allow any user with a minimum of 32 ETH to lock that money in a contract, which would then earn rewards for completing calculations required to add new blocks to the blockchain.

A 2020 Kraken Intelligence study contains more information on this shift.

Why is ETH valuable?

Ethereum’s main cryptocurrency is called ether, and a portion of it is produced in each block and allocated to miners.

Notably, there is no limit to the number of ether that can be generated in Ethereum. Rather, the supply of ether is intended to grow at a rate of 4.5 percent each year, with 2 ETH now being produced per block.

This reward, which was originally set at 5 ETH, has been reduced twice in the network’s existence.

Developers are typically the ones that suggest changes to monetary policy. Nodes and miners running the software can then choose whether or not to upgrade their software to accommodate the change.

Miners can also earn ETH by paying fees for computations performed by the network. Fees are paid in “gas,” a specific computing unit, rather than ETH.

The more sophisticated the computation, the more gas is required by a specific program.

This means that any apps or protocols built on top of Ethereum must constantly buy and spend ether, resulting in the ongoing demand for the asset.

Why should you use Ethereum?

At a time when many cryptocurrencies have failed to find a single-use case, Ethereum may be unique in that it has gone through several separate periods of high demand.

Blockchains for private use

Major banks and institutions were among the first to embrace Ethereum, using its open-source code to develop proofs-of-concept and R&D initiatives in 2015 and 2016.

Those that did not duplicate the Ethereum code were frequently inspired by its approaches, such as the Linux Foundation’s Hyperledger and R3’s Corda, projects that cloned portions of its architecture but rejected the notion of creating a new cryptocurrency.

Major banks and companies would later back Ethereum more directly by forming the Enterprise Ethereum Alliance, a non-profit founded in 2017 with the goal of connecting the multiple private bank blockchains with the main Ethereum blockchain.

Later, in 2017, entrepreneurs flocked to Ethereum with the belief that its platform could be utilized for funding by producing new cryptocurrencies and selling them to worldwide consumers in what became known as “initial coin offerings” (ICOs).

ICOs take advantage of Ethereum’s ability to allow developers to build new crypto assets on top of its blockchain, using token standards, without having to design a new codebase from start.

Enterprising initiatives with their own live blockchains and cryptocurrencies (like Tron and OmiseGo) might debut as Ethereum tokens, eventually offering new technology.

Decentralized finance (DeFi), the network’s most recent wave of innovation, has seen entrepreneurs use Ethereum to construct protocols that imitate traditional financial services.

Projects such as MakerDAO, which established a system to decentralize the management of a cryptocurrency tied to the US dollar, have been among these. Other DeFi initiatives have attempted to automate and decentralize financial services such as lending and borrowing.

Bitcoin Versus Ethereum
Scroll to top