What Exactly Is an ICO?

An Initial Coin Offering (ICO) introduces new digital currencies to the market, but it is risky.

If there is one word on everyone’s lips in finance, it is cryptocurrency. If you’ve been kicking yourself for not getting in on the ground floor of blockbuster coins like Bitcoin and Ethereum, you should think about investing in an initial coin offering (ICO). However, be warned: even in the best of circumstances, Initial Coin Offerings are extremely risky and have a high potential for fraud. 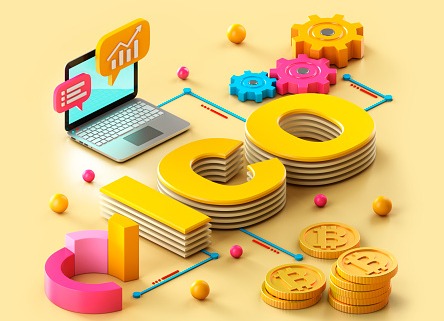 So, What Exactly Is an Initial Coin Offering (ICO)?

Consider this: You’re a Silicon Valley startup with a brilliant new cryptocurrency system idea. Maybe you want to simplify the Parent/Babysitter payment system so that it can be digital and encrypted. What a brilliant idea! Let’s call it BabyCoin for now.

The only issue is that you need people to give you money in order to create the currency. You could go to a bank or try to find venture capitalist investors, but what if you could raise money without giving up any of your company’s ownership? Then there’s ICO.

This is how it works. You create a document that essentially details how the system would work (usually referred to as a white paper), design a nice website, and explain why it’s a great idea that could be very useful. Then you ask people to send you money (usually Bitcoin or Ether, but you can also accept fiat) in exchange for some BabyCoin. They anticipate that BabyCoin will be widely used and circulated, increasing the currency’s value.

It’s important to note that, unlike an IPO, investing in an Initial Coin Offering will not result in you owning a stake in the company to which you’re donating money. You’re betting that the currently worthless currency you’re paying for will appreciate in value and earn you money later.

So, who is eligible to launch an ICO?

An ICO can be launched by anyone. Currently, there is very little regulation on ICOs in the United States, which means that as long as you can set up the technology, you are free to try and get your currency funded. Right now, cryptocurrency is similar to the wild west, with gold in the hills and little law to speak of. This can either work in your favor or lead to you being duped. An ICO is probably one of the easiest avenues of funding to set up as a scam. Because there is no regulation, there is nothing to prevent someone from putting in all the effort to make you believe they have a great idea and then fleeing with the money.

This means that if you’re serious about investing in that new ICO that your coworker Aiden told you about, you should do your research. The first step is to ensure that the people putting up the ICO are genuine and accountable. Going the extra mile is important in the Internet age, where it is far too easy to find a stock photo and put together a convincing website.

Some things to look for include the product’s leads’ experience with crypto or blockchain. If they don’t appear to have anyone with relevant experience who can be easily verified, that’s a red flag.

How Do I Launch My Own ICO?

The most important thing is to ensure that you or someone else (probably multiple people) involved has worked with and understands cryptocurrency and blockchain. Even if anyone can launch an ICO, that doesn’t mean everyone should. You must be able to answer questions about every aspect of your ICO on the spot.

You should also consider whether you truly believe that an ICO will benefit your company. Basically, after reading this article, you should consult with someone who can look at your specific idea and tell you whether or not it is a slam dunk. If it isn’t, you might be better off seeking funding elsewhere.

If you’re serious about moving forward, you’ll need a white paper, which is a document that should outline exactly what your currency can offer that hasn’t been done before, or how you’ll improve on an existing idea better than anyone else. This document, like the white paper for Ethereum, one of the most successful ICOs to date, should be engaging, informative, and extremely detailed.

You must hook your buyer by the end of the first page, just like any other business. Ethereum’s white paper explains what blockchain is before going on to detail how they intend to build on Satoshi Nakamoto’s progress and create something exciting. By the end of the first page, they have accomplished all of this. Is it necessary to include an unabridged history of blockchain, including the time that guy paid 10,000 bitcoins for a pizza, in every single white paper? Probably not, but it should be understandable to someone who is unfamiliar with how these systems operate.

An ICO is barely regulated, especially when compared to an IPO for a stock, so do your research before investing.

You need to advertise now that you have your white paper. You’ll be attempting to reach two audiences: those who understand how cryptocurrency and ICOs work and those who don’t. You should identify the people who are most excited about your new venture because they will be more willing to give you money if it means a good deal for them.

In the case of BabyCoin (again, hypothetically), perhaps we’d reach out to some popular mommy bloggers/vloggers and see if they’d be interested in producing some content to demonstrate why BabyCoin is the most innovative babysitting innovation since The Babysitter’s Club. Just make sure they disclose the nature of the deal to advertise for you: the SEC issued an investor warning stating that it is illegal for celebrities to use social media to endorse ICOs without disclosing what compensation they received.

You should also make your programmers and leads available to answer questions on social media platforms like Reddit and Twitter. You should also think about submitting your ICO to some listings that maintain databases of what they consider to be high-quality ICOs. This is how you get the crypto-community excited about your product, which will hopefully spread across the Internet.

Great! So now that the word is out about BabyCoin and people are excited about it, all that remains is to determine token pricing and distribution. You might also want to have a prototype just to show that you know what you’re doing. Good luck with your website and exchange.

What’s the Deal With All the Celebrity ICOs?

If you’ve seen your favorite actors and entertainers, such as Jamie Foxx and Ghostface Killah, encouraging their fans to invest in a hot new ICO, you should investigate further.

Floyd Mayweather, Jr. and DJ Khaled once promoted Centra Tech, an ICO that raised $30 million at the end of 2017, but Centra was eventually called a scam in court, and the two celebrities were forced to settle with US regulators. Three Centra Tech founders have pled guilty to ICO fraud as of August 2020.

How Do I Know Which Initial Coin Offerings Are Good?

Just make certain that you complete your homework. Because Initial Coin Offerings are barely regulated, you must exercise far more caution than you would when investing in an IPO. Read the white paper, look into the team members, and make sure they have experience with cryptocurrency.

You can also use reputable websites such as Coinschedule.com, which only selects ICOs that they have reviewed and believe to be legitimate and exciting. While you should not put your complete trust in any website that provides a listing, they can be quite useful.

11,391
The most recent count of the number of cryptocurrencies in existence, with more being added all the time; many are available on 397 exchanges.

Is Someone Going to Regulate Initial Coin Offerings (ICOs)?

The SEC classified ICO tokens as securities in December 2017, with SEC Chair Jay Clayton stating at the time that they had proven that they were securities “A token was an investment contract and, as such, security under our federal securities laws. We concluded, specifically, that the token offering represented a monetary investment in a common enterprise with a reasonable expectation of profits derived from the entrepreneurial or managerial efforts of others.”

This means that the SEC is preparing to crack down on ICOs that they believe are deceiving investors. The first strike occurred on December 11, 2017, when the SEC halted Munchee, a California-based company that operates a food review app. Munchee was attempting to raise funds in order to create a cryptocurrency that could be used to order food through the app. This is the first time the SEC has issued a cease and desist order for an unregistered securities ICO. Is this a sign that the hammer is about to fall? We’ll see what happens.

Finally, ICOs are a brand-new way of raising funds, and everyone is scrambling to figure out how to do so without getting burned. If you believe you can make a fortune on a promising new ICO, make sure you do your homework first. ICOs, like cryptocurrency, is all about high risk and high reward.

Investing in cryptocurrencies and other Initial Coin Offerings (“ICOs”) is extremely risky and speculative, and this article is not a recommendation by Investopedia or the author to do so. Because every person’s situation is different, a qualified professional should always be consulted before making any financial decisions. Investopedia makes no representations or warranties about the accuracy or timeliness of the information contained on this website. The author owns no cryptocurrency in any quantity as of the date this article was written.